Up and running with small Docker environments

Based on the "Development Environment" category.
Alternatively, view Vessel alternatives based on common mentions on social networks and blogs.

Clean code begins in your IDE with SonarLint

Up your coding game and discover issues early. SonarLint is a free plugin that helps you find & fix bugs and security issues from the moment you start writing code. Install from your favorite IDE marketplace today.
Promo www.sonarlint.org

Do you think we are missing an alternative of Vessel or a related project?

Up and running with small Docker dev environments.

Full documentation can be found at https://vessel.shippingdocker.com.

Vessel is just a small set of files that sets up a local Docker-based dev environment per project. There is nothing to install globally, except Docker itself!

This is all there is to using it:

Head to http://localhost in your browser and see your Laravel site!

If you're using Lumen, you'll need to copy the Vessel files over manually instead of using php artisan vendor:publish. You can do this with this command:

and then you'll be able to install and continue as normal.

Vessel attempts to bind to port 80 and 3306 on your machine, so you can simply go to http://localhost in your browser.

However, if you run more than one instance of Vessel, you'll get an error when starting it; Each port can only be used once. To get around this, use a different port per project by setting the APP_PORT and MYSQL_PORT environment variables in one of two ways:

Within the .env file:

Or when starting Vessel:

Then you can view your project at http://localhost:8080 and access your database locally from port 33060;

Since we bind the MySQL to port 3306, SequelPro can access the database directly. 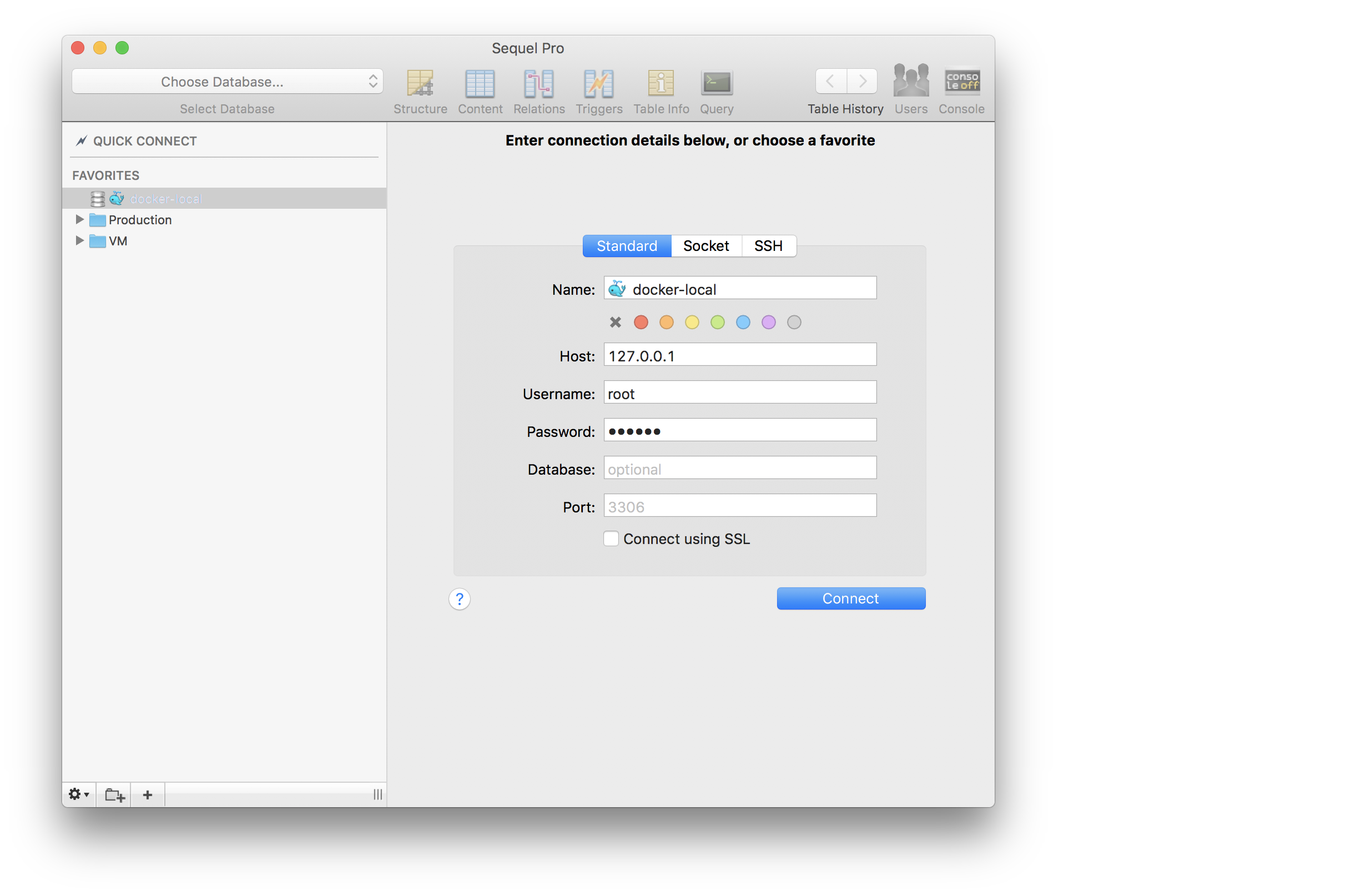 The password for user root is set by environment variable DB_PASSWORD from within the .env file.

The port setting must match the MYSQL_PORT environment variable, which defaults to 3306.

Here's a list of built-in helpers you can use. Any command not defined in the vessel script will default to being passed to the docker-compose command. If not command is used, it will run docker-compose ps to list the running containers for this environment.

As mentioned, anything not recognized as a built-in command will be used as an argument for the docker-compose command. Here's a few handy tricks:

The aim of this project is simplicity. It includes:

How does this work?

If you're unfamiliar with Docker, try out this Docker in Development course, which explains important topics in how this is put together.

If you want to see how this workflow was developed, check out Shipping Docker and signup for the free course module which explains building this Docker workflow.

Vessel requires Docker, and currently only works on Windows, Mac and Linux.